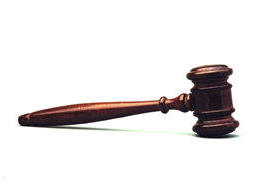 Prior to the mid-1970s, most small water systems that served the public went largely unregulated. There may have been some level of water quality monitoring required, depending on the local health organizations, and some states had regulatory bodies that monitored rates. But the systems were, for the most part, self-regulated.

The Safe Drinking Water Act(SDWA) is the federal legislation that changed the regulatory environment for community water systems in order to protect public health through the regulation of the nation’s public drinking water supply. Congress signed it into law on December 16, 1974, and with the passage of the 1996 Safe Drinking Water Act Re-authorization, smaller water systems are now faced with increasing levels of regulation.

The 1996 re-authorization introduced some new concepts. Some of these include certified operators, the lead & copper rule, the arsenic rule, and a whole host of other requirements. Most of the new rules have not been completely implemented. So this means that the small water systems are faced with an ever-increasing burden of regulations.

In Oregon, Small systems with less than 150 connections and using groundwater sources are classified as “small groundwater systems.” These are the public systems that most likely have been operating for years under the radar of the State of Oregon, and may not have even known the regulations they should have been adhering to.  Merrill Water Systems works with these systems in order to move them towards compliance.

Public water systems are also classified by the number of people served and whether the same population is served occasionally versus year-round. Operational and sampling requirements may vary, depending on the classification of a particular system.

The four primary classes of public drinking water systems are:

A public water system which serves 4 to 14 service connections or serves 10 to 24 people. (group of residential homes)

A public water system that is not a community (resident) water system, but that serves at least 25 of the same persons over 6 months per year (schools, worksites, hospitals, etc.).